We address mathematical and statistical aspects of climate and palaeoclimate dynamics. We use dynamical system theory, experiments with general circulation models, methods of inference (emulation, dynamical system calibration) and time-series analysis methods to characterise the dynamics of the climate system, estimate its predictability and identify physical mechanisms of variability.

Previous estimates of the power spectrum and of the scaling exponent of palaeoclimate time series yielded the suggestion that climate fluctuations are scale invariant over a wide range of time scales.We have clarified how to interpret these observations and show that these time-series statistics characterise a regime behaviour. [link] 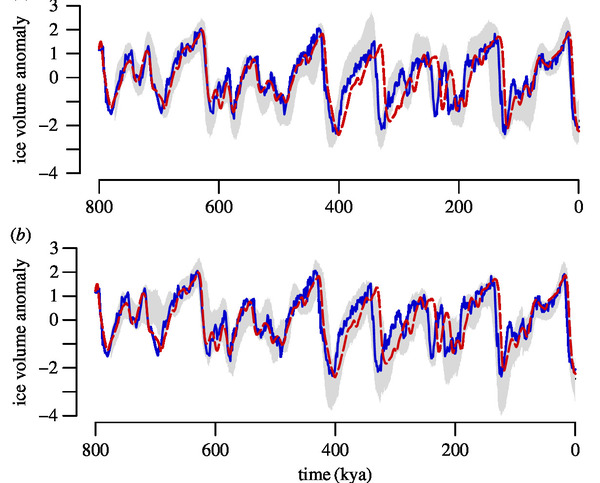 In a palaeoclimate record, both age, and observations have uncertainties. This situation creates a challenging context for statistical inference, because the likelihood function depends on both age and climate state. Yet, we showed here how we can estimate jointly both age and uncertainties using dynamical system models, and solve the problem of model identification in this context. [link]

The mid-Pleistocene transition is defined as a shift in paleoclimatic periodicity from 41- to 100-kyr cycles. However, much less is known about monsoon-induced terrestrial vegetation changes. On the basis of a 1.7-million-year δ13C record of loess carbonates from the Chinese Loess Plateau, Sun et al. documented a unique MPT reflecting terrestrial vegetation changes from a dominant 23-kyr periodicity before 1.2 Ma to combined 100, 41, and 23-kyr cycles after 0.7 Ma. Our team contributed to this study by providing a sensitivity analysis of climate variance of continental locations, using the climate model HadCM3. [link] 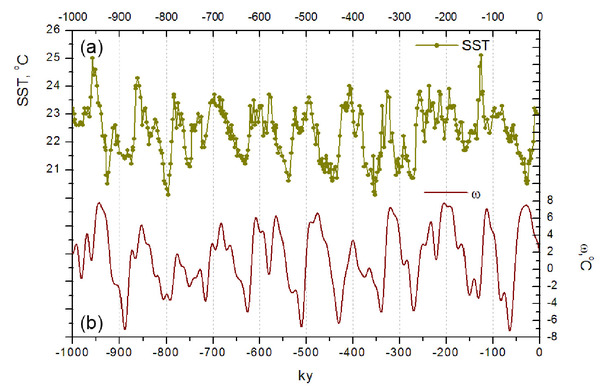 There is a rich literature about dynamical system models of ice ages. Many of them are conceptual: they postulate a number of mechanisms, and mathematics help you see the consequences for the succession of glacial-interglacial cycles. The Verbitsky-Crucifix-Volubuev model is one step forward, because the ice dynamics have been obtained from first principles, using conservation laws for ice. CO2 and other climate feedbacks are accounted for with a linear parameterisation. [link] 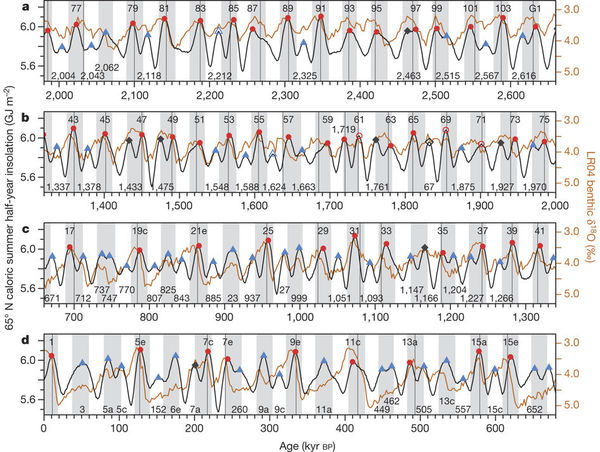 Why are we in an interglacial and not in a glacial climate ? Statistics, at least, give us a simple answer. We found that the succession of glacial-interglacial transitions over the last 2.6 million years obeys a very simple rule, which combines insolation and duration since the last integlacial. The study was lead by Chronis Tzedakis was also a collaboration with Eric Wolff. [link] 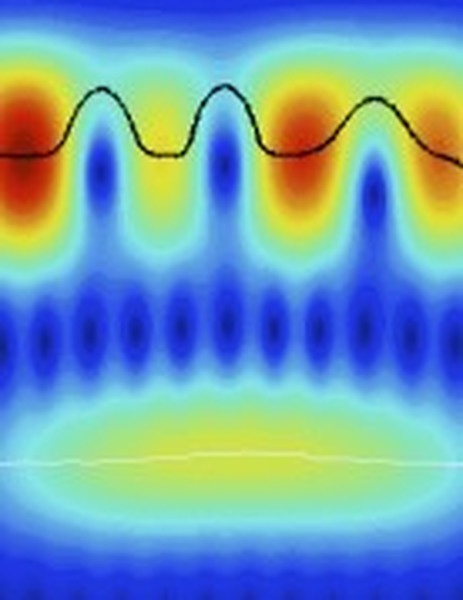 WAVEPAL is a package, written in python 2.X, that performs frequency and time-frequency analyses of irregularly sampled time series with a polynomial trend, without interpolating the data. [link] 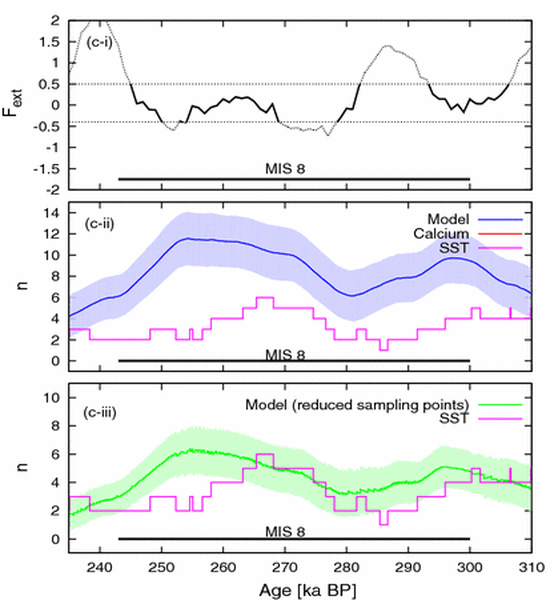 We have shown the dependence of the frequency of Dansgaard-Oeshger events on the astronomical forcing, and provide a prediction of DO events over Marine Isotopic Stages 8 and 10. [link] 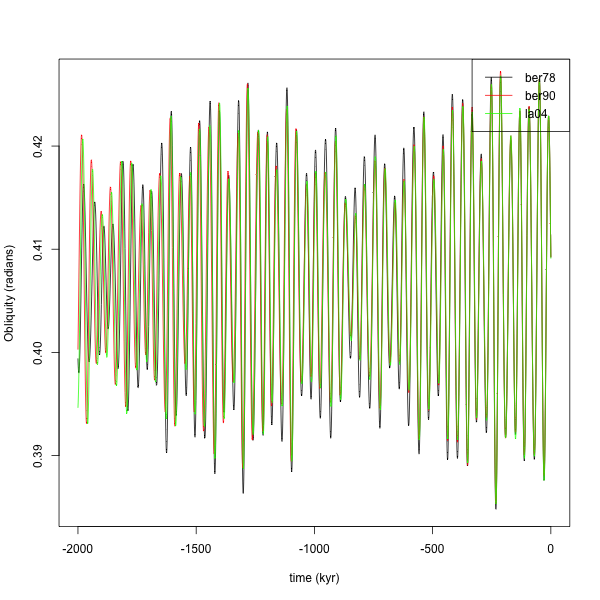